What many people do not realize is that a car engine needs more than just gasoline to run. It requires copious amounts of air as well. You might have experienced this if you have ever driven at high altitudes as it suddenly can begin to feel like the car is gasping for air. However, the interiors of an engine is a very delicate place and the air that has to go inside needs to be clean. That is where air filters come in. They might seem like simple and nonchalant parts but can have a massive bearing on the performance and the longevity of the car and its engine. As soon as you start delving a bit deeper into the whole air-filter scene, you will constantly come across two types – stock and K&N filters. It can get a bit confusing, so we will let you know everything there is to know about them while also telling you if it is worth the trouble to invest in K&N filters.

What are stock air filters?

As we mentioned earlier, the air that the engine needs should be devoid of impurities. The most natural course of action to take is to create a barrier in front of the air in such a way that air can still pass through but the dirt and dust particles do not. This has to be done in such a way that the air flow does not get slowed down. That is the tricky part. The filter can be made very effective at blocking these impurities but that would also slow down the flow of air which might mean that the engine won’t get enough of it. This could lead to a degradation in the performance of the engine while also causing other problems due to the incomplete burning of fuel. The filter could be made more porous which will allow more air in but will also allow the smaller impurities to get in. This will get deposited inside the engine and over time can lead to buildup which can increase wear and tear while decreasing the efficiency of the engine. The air filter has to tread that fine line where it can still allow plenty of air in while also blocking most of the particles that can harm the engine. The effectiveness of an air filter is usually measured in microns. The lower the microns, the more effective it is at trapping particles but it will be more restrictive and vice versa. Another downside of having a low micron value is that it will get dirty very easily and can get clogged up making things worse.

The filtering element in stock filters is often made from a special grade of paper. Do not be confused as this isn’t the regular paper that we write on. It is a specially manufactured version that can trap dirt and other particles. Its biggest advantage is its low cost and ease of replacement. The term paper might seem a bit flimsy but actually works quite effectively as long as you keep replacing it on time. The apparent downside is that this slows down the air and that, many feel, does not allow the engine to work at its full capacity.

How are K&N filters different?

We all want more from our cars and if there was a way of magically improving performance by simply swapping out a part, then we would all be running to do so. It is this mentality that has led to the rapid acceptance of K&N filters. As we alluded to earlier, the rate of air flow can affect the performance of the engine and K&N filters forego the paper setup to create a more porous entry point for air using an oil-based foam material that is more porous. This has the obvious disadvantage of allowing some of the dirt and impurities in, which can cause long-term damage to the engine. So, it all comes down to whether the performance gain is the worth the risk of possibly damaging the engine forever? This falls into a sort of a grey area as you will have people who swear by the benefits of a K&N filters while others will strongly argue that there are no improvements and it just makes things worse. With that is mind, let us find out which is better? 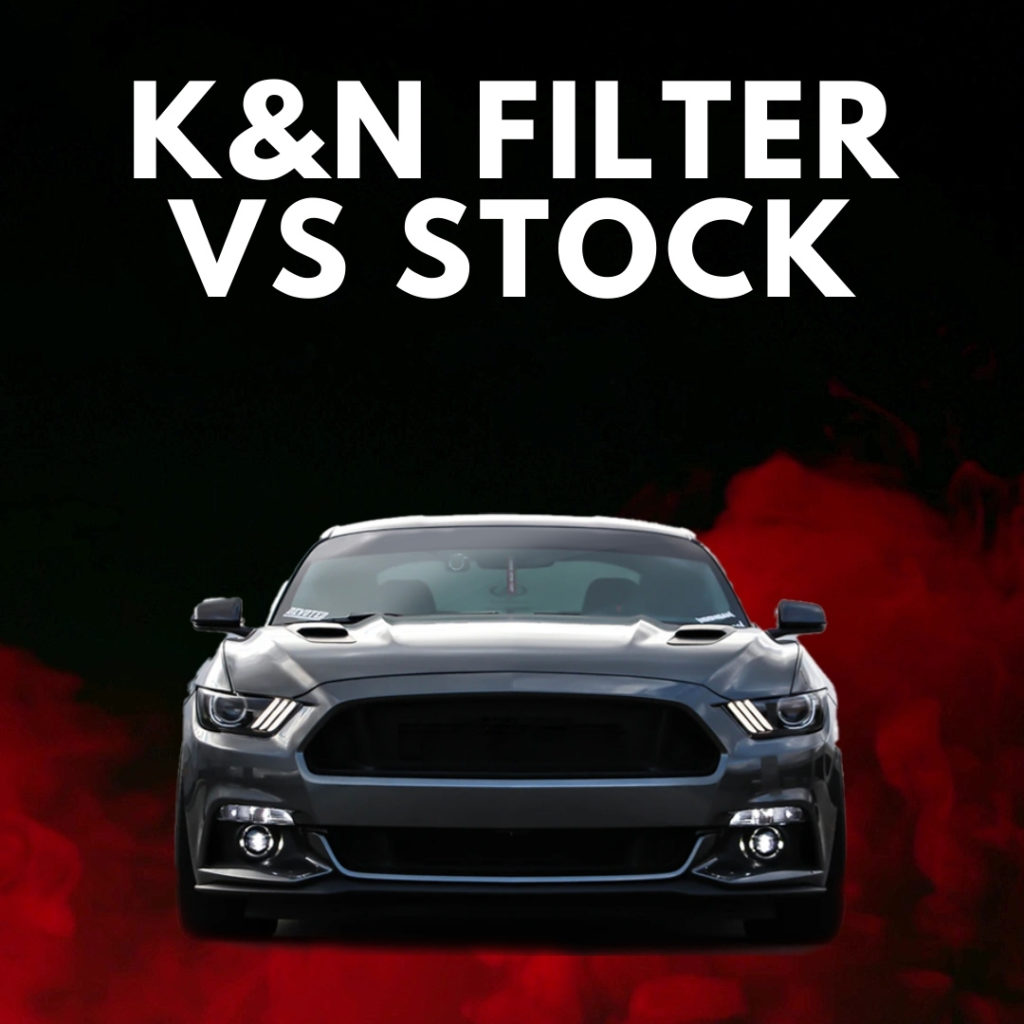 That is the million dollar question, isn’t it? It all comes down to the type of car you have. K&N filters offer an increase in airflow and that means that the engine has the potential to increase its performance, but only if it can do so. Most cars work with a certain set of parts and might not be able to take advantage of a K&N filter. All an increased airflow will do for such cars is make it more prone to collecting debris and dirt. People have actually reported a decrease in performance and an increase in fuel consumption once they replaced the stock filters with these aftermarket K&N filters. This is something that has also been confirmed by many tests and research papers. The effect of these filters on regular cars is not worth the added risk it poses to the engine. K&N filters only seem to produce any noticeable difference in the more performance-oriented cars and work best in the clean environment of a racetrack. They can seriously hamper the car if you tend to drive in heavy traffic where the air is laden with suspended particles. A K&N filter will also last much longer than a stock filter, but that doesn’t mean much if your engine is taking a beating every time you drive out with your car. It is much cheaper and easier to replace an air filter rather than the entire engine block. Unless you own a sports car that you often take to a racetrack, a K&N filter is nothing more than a novelty item that will give you some bragging rights, but that’s about it. Here you need a buffer and it is best to get a buffer specifically designed for cars. Using just about any buffer can be dangerous to the surface of the car as most buffers meant for other surfaces rotate at a higher RPM, which can leave swirl marks and even damage the layer of paint. It is also very important to be delicate to avoid leaving any marks or scratches on the car’s bodywork. The steps involved in buffing with a buffer are as follows.

Tags:
Previous Article
Hand Waxing Your Car or Truck vs Waxing with a Buffer
Next Article
6 Warning Signs Your Car’s Shock Absorbers Are Failing